J. Kēhaulani Kauanui is the final guest in the series focused on Indigenous Environmental Studies and Science. 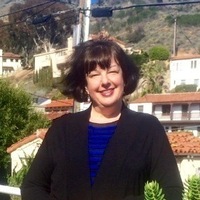 “Settler Colonial Logics in Claims to ‘the Commons’ and ‘Public Lands’ from Magna Carta to Mauna Kea: An Indigenous Critique”

Advancing an indigenous critique, this presentation critically engages calls to “reclaim the commons” and/or protect “public lands” in settler colonial contexts as they adversely impact indigenous peoples, all while making a bid for “universal values.”  Showing how indigenous contestations over land reclamation and protection challenge constructions of both “the commons” and “public lands” as property claims within structures of non-consensual domination, the talk offers a decolonial appraisal for ethical and political consideration.

Bio: J. Kēhaulani Kauanui is Professor of American Studies and affiliate faculty in Anthropology at Wesleyan University, where she teaches courses on indigenous studies, critical race studies, settler colonial studies, and anarchist studies. Kauanui is an elected member of the American Antiquarian Society and has held fellowships from: the School of Advanced Research, the Woodrow Wilson Foundation, Smithsonian Institution, Rockefeller Archives Center, National Science Foundation, Fulbright (University of Auckland), and the Macmillan Brown Centre for Pacific Studies (University of Canterbury).  She is the author of Hawaiian Blood: Colonialism and the Politics of Sovereignty and Indigeneity (Duke University Press 2008) and Paradoxes of Hawaiian Sovereignty: Land, Sex, and the Colonial Politics of State Nationalism (Duke University Press 2018). She is also the editor of Speaking of Indigenous Politics: Conversations with Activists, Scholars, and Tribal Leaders (University of Minnesota Press 2018), which is based on the radio program she produced and hosted for seven years, “Indigenous Politics: From Native New England and Beyond,” widely syndicated through the Pacific Network.  Kauanui currently serves as a co-producer for an anarchist politics show called, “Anarchy on Air,” a majority-POC show co-produced with a group of Wesleyan students (2014-present), which builds on her earlier work on another collaborative anarchist program called “Horizontal Power Hour” (2010-2013).  Kauanui is one of the six original co-founders of the Native American and Indigenous Studies Association (NAISA), established in 2008.  She also serves as an advisory board member of the U.S. Campaign for the Academic and Cultural Boycott of Israel.

Events are free and open to the public unless otherwise noted.