Commemorating the work of Donella Meadows and the 50th Anniversary of Limits to Growth, Sandrine Dixson-Declève, Co-President of the Club of Rome 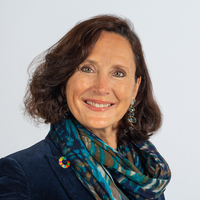 Beyond Limits: Systems Thinking for 21st Century Challenges
Commemorating the work of Donella Meadows and the 50th Anniversary of Limits to Growth

Sandrine Dixson-Declève is an international and European climate, energy, sustainable development, sustainable finance, complex systems thought leader. She is currently the Co-President of the Club of Rome and divides her time between lecturing, facilitating difficult conversations and advisory work. In her recent TED talk, which can be consulted here, she shares what we've learned in the 50 years since the publication of the “Limits to Growth” report-- and discusses the launch of Earth4All: an initiative aimed at focusing on five key areas that could enable humanity and the planet to thrive.

She currently Chairs the European Commission, Expert Group on Economic and Societal Impact of Research & Innovation (ESIR) and sits on the European Commission’s Sustainable Finance Platform.  She also sits on several Boards & Advisory Boards including EDP, BMW, UCB, Climate KIC, UCL Bartlett School of Environment Energy & Resources, IEEP, Laudes Foundation and is a Senior Associate and faculty member of the Cambridge Institute for Sustainability Leadership (CISL).  In addition, she is an Ambassador, for the Energy Transition Commission (ETC) and the Well Being Alliance (WeAll). In 2017 Sandrine co-founded the Women Enablers Change Agent Network (WECAN).

Recognitions and previous positions include: Sandrine recently published “Quel Monde Pour Demain” lucpire editions and was recognised by GreenBiz as one of the 30 most influential women across the globe driving change in the low carbon economy and promoting green business. She has spent her career working with and bringing together business leaders, policy makers, academia and NGO’s to unpack complex challenges.

Until recently, Sandrine was on the European Commission’s Sustainable Finance Taxonomy Expert Group, Assembly Member, Climate Mitigation & Adaptation Mission (European Commission, DGR&I). She was Chief Partnership Officer for UNSEforAll, and Director of the Prince of Wales’ Climate Leaders Group and the European Office of CISL. Over her 33-year career, she has advised HRH The Prince of Wales, Members of the European Parliament, European Commission President’s, Commissioners and officials, Governments in Asia, Africa and the Middle East, international organizations (OPEC, ADB, OECD, UNEP, USAID, UNFCCC, IEA) and business leaders of large international, European and African companies. Sandrine was Vice Chair, European Biofuels Technology Platform 2008-2016; Board member, We Mean Business 2014-2016 and the Sustainability Advisory Board of the Oil and Gas major Sasol from 2007-2010. She was also a Member of The Guardian’s Sustainable Business Advisory Board. She continues to advise policy and business leaders from across the globe.

Sponsored by the Department of Environmental Studies, the Office of Sustainability, the Arthur L. Irving Institute for Energy & Society, the John Sloan Dickey Center for International Understanding, and the Donella Meadows Project at the Academy for Systems Change

Events are free and open to the public unless otherwise noted.